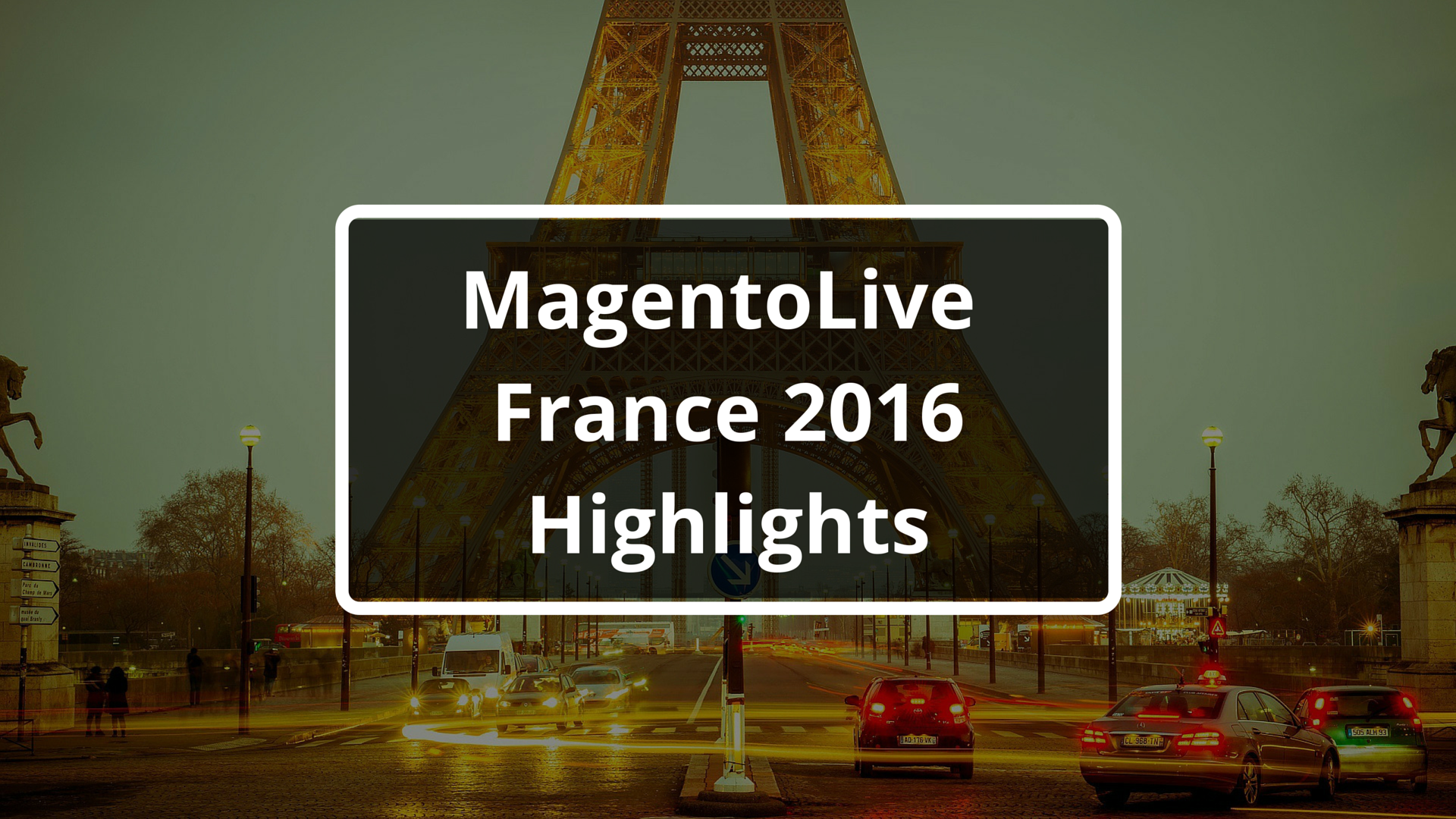 First big Magento event of 2016 took place today. MagentoLive France featured a lot of great speakers and a lot of great presentations. We decided to recap this event and share some of the most important bits of information about Magento 2, the Marketplace and other initiatives by Magento, like Magento Masters, which was announced today. We'll update the post, once more info is available.

Magento 2.1 upgrades are in the works. This will include the awesome staging dashboard and will focus more on user experience.

In fact, user experience will play an even more important role in future Magento 2.x releases.

Customer journey, on par with UX, was placed into the spotlight by the presenters.

There's going to be a code migration tool: Magento 1.x to Magento 2.x, which should make switching to a newer version of Magento a lot easier.

The list of early adopters is growing rapidly, with big brands jumping in.

Magento 2.x CE is currently over 120,000 downloads and 3,000+ for EE. This means that a lot of businesses and developers and actively testing the new platform.

Once again, Magento proves that its strength is in the community. That's why they've announced a new community initiative - meet Magento Masters.

Magento is growing into a powerful suite of omnichannel tools for your business.

The share of B2B businesses in the Magento ecosystem is projected to grow rapidly.

Head of Market Growth at PayPal, Francis Barel, shared some great insights about 2015. Including the fact that PayPal transactions via mobile devices grew by 25%. Still don't think that mobile users matter?

Magento's new Chief Product Officer, Steve Yankovich took the stage for the first time to talk about the future of eCommerce. Of course, Magento will continue to play one of the leading roles on the market.

Import and Export in Magento 2 is 4 times faster.

For a one-day event, it was packed with great presentations and exclusive announcements. What was your favorite presentation/ speaker at this event? Share your thoughts and ideas in the comments below.